From Vienna in 1970 to the cloud in 2020: exactly 50 years have passed since the founding of WAITRO. At WAITRO://50, participants had the chance to listen to insights from contemporary witnesses of WAITRO’s history, receive video messages from WAITRO’s founding organization, UNIDO, and join Q&A sessions with former Secretaries General, Presidents, and other people who shaped WAITRO’s history. 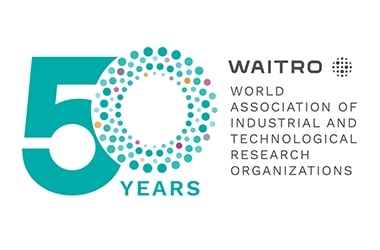 The story of WAITRO began in 1970; WAITRO was founded in Vienna and later granted consultative status by UNIDO, which has remained a partner of WAITRO to this day. In the late 70s and 80s, WAITRO was hosted by the Netherlands Organization for Applied Research (TNO) in The Hague. In the years following, WAITRO grew further through twinning programs and more cooperative arrangements. In the 90s, the association focused more and more on SMEs and how to strengthen them as the drivers of innovation, employment and economic stability at the time.  The network then further developed to a form that is much closer to the Association’s structure today: Three Regional Focal Points as representatives for regions of the world were established before 2000, WAITRO gained more member organizations and its Secretariat moved to SIRIM Berhad in Malaysia. 16 years later, the Secretariat is split between Germany and China and now, in 2020, the global innovation family met virtually in its General Assembly for the very first time.

Read more about the history of WAITRO and the activities and impact of the association.

The World Association of Industrial and Technological Research Organizations (WAITRO) is a global membership-based association of research organizations, universities, and innovation stakeholders. WAITRO provides mechanisms and support for its members and partners to connect, share, inspire, and collaborate to solve global challenges and contribute to the UN Sustainable Development Goals.

In order to ensure a more user-friendly experience on our website and tailor our content, features and advertising to your interests, we will use marketing and analysis cookies or similar technologies with your consent. Some of the cookies may be provided by third parties based in the USA. The level of data protection in the USA is not the same as the level ensured within the EU, particularly with regard to the rights of data subjects. Whenever cookies are used to transmit data to the USA, there is subsequently a certain degree of risk involved.

By clicking on ACCEPT, you will allow us to use cookies for marketing and analysis purposes. You will also explicitly allow your data to be transferred to the USA and declare that you are aware of the risks associated with such transfers.

You may REJECT the use of analysis cookies at any time and withdraw your consent or make the necessary adjustments to your SETTINGS. More information on cookies and data protection in the USA can be found in our privacy policy.

Here you will find an overview of all cookies used. You can give your consent to whole categories or display further information and select certain cookies.