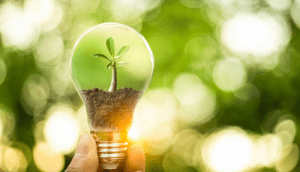 8th, as part of the Capacity Development Program, the APEC Energy Smart Communities Initiative (ESCI) Best Practices Awards Workshop was hosted with over 100 registrations from 16 member organizations mainly from the Asia-Pacific region.

The key speaker, Mr. Muxue Wang from the APEC Sustainable Energy Center, gave valuable insights on the APEC ESCI Best Practice Awards. The speech included the award’s background, application timeline, key points for writing a proposal, and the significance and influence of the award.

The ESCI Best Practices Awards recognizes outstanding achievements in five categories in the APEC region. As APEC’s highest certification for projects that meet the criteria for a “smart energy community”, the award is given out every two years, with one gold and one silver award for each of the categories:

Currently, the ESCI Best Practice Awards is unique within the APEC system. It is recognized by all 21 APEC economies and the winning project is promoted in a variety of forms, including visits, technology transfer and social media, just to mention a few. Usually, applications are submitted by December to the preliminary examination institution of each economy. In 2021 the application deadline is December 31st. They then select proposals to be submitted to the APEC Energy Working Group (EWG). EWG selects finalists, with the result being announced on April 15th, 2022 and an award ceremony in the second quarter of the same year.

The World Association of Industrial and Technological Research Organizations (WAITRO) is a global membership-based association of research organizations, universities, and innovation stakeholders. WAITRO provides mechanisms and support for its members and partners to connect, share, inspire, and collaborate to solve global challenges and contribute to the UN Sustainable Development Goals.