The researchers working on the “Electronically Controlled Gravity-Feed Infusion Set” project – known as ECGF-IS for short – are aiming to develop a device that regulates dosing automatically and improves the safety of the infusion process. The purpose of the new electronically controlled gravity-feed infusion system is to close the gap between uncontrolled gravity-feed IV infusion and the highly precise but extremely expensive infusion pumps used by physicians in industrialized countries. Infusion pumps are complex to operate and costly to maintain. 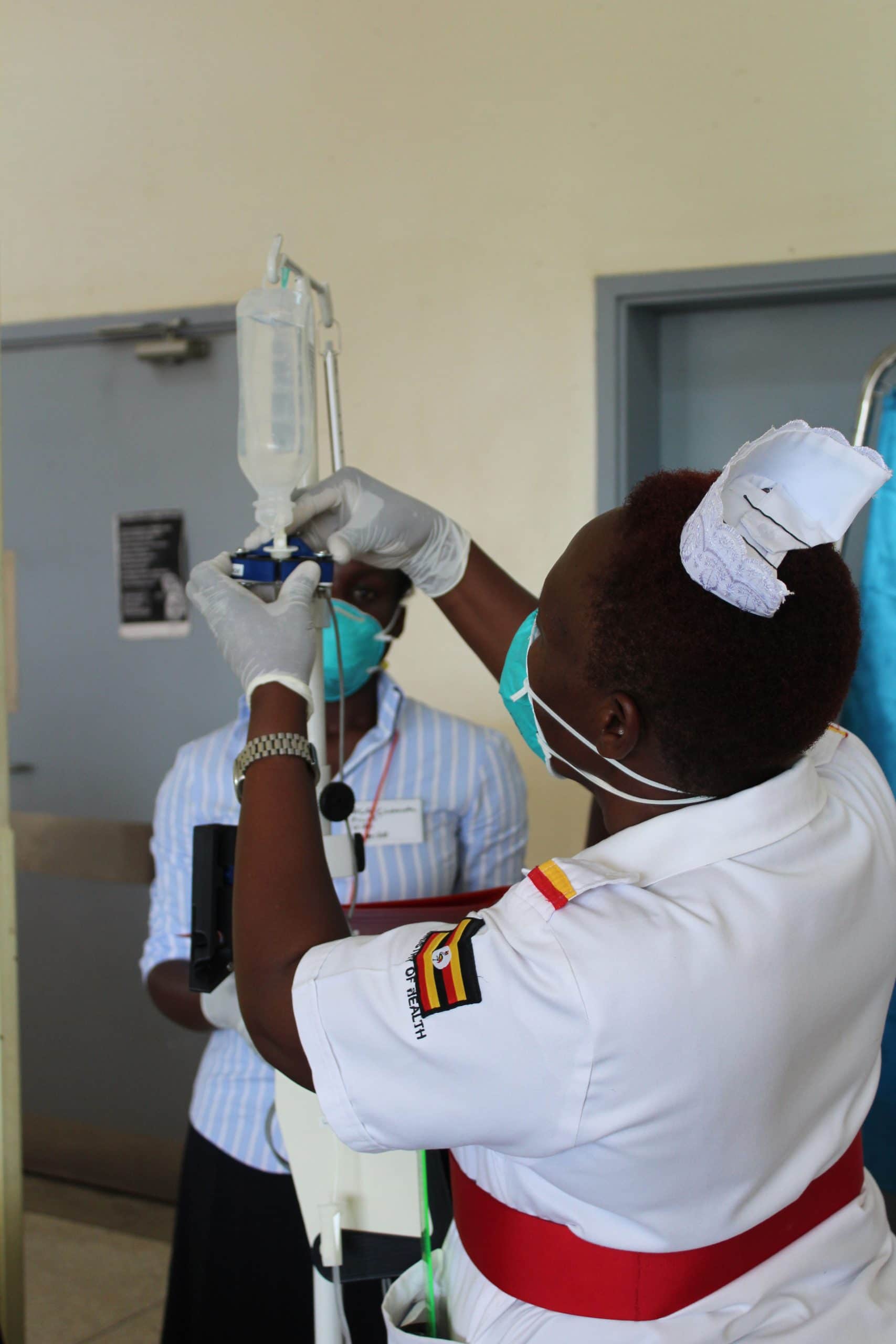 With spare parts often hard to obtain, they are of limited use for clinical settings in Uganda, which can sometimes be very far from ideal. They are also poorly equipped to deal with varying power outages and cannot be used in areas that have no access to electricity. The project was initiated by Philippa Ngaju Makobore, a researcher at the Uganda Industrial Research Institute in Kampala. She is supported by a team of researchers from the Project Group for Automation in Medicine and Biotechnology PAMB in Mannheim, which is part of the Fraunhofer Institute for Manufacturing Engineering and Automation IPA. The project partners have already been rewarded for their sustainable, innovative solution with the 2020 German-African Innovation Incentive Award (GAIIA) presented by the German Federal Ministry of Education and Research (BMBF). Their newly developed medical device will help African countries tackle some of the social challenges they face.

“The new system includes a drip sensor that automatically counts the number of drops of IV fluid. The roller clamp normally found in IV sets has been replaced by an actuator that blocks the infusion tube so that the device only administers the number of drops that are actually required to treat the patient,” says Tobias Behr, an engineer at Fraunhofer PAMB, describing how the gravity-feed infusion system works. The device also ensures the drip rate remains constant while allowing it to be readjusted where necessary. A major advantage is the fact that hospitals can simply attach the new drip sensor system to their existing IV bags and tubes and continue using them. The physician can adjust all the settings via the display screen. The device is battery-powered and the team of researchers is currently developing a solar-powered charging station for use in rural areas.

Most of the components of the system are available in Uganda, so only few of the parts have to be purchased or imported abroad. This was a key goal right from the start: “Our goal is to strengthen local structures, so that means building the solution in Uganda and not having to import expensive components from Germany. We’re supporting the partners with technical issues and helping them prepare their application for approval, but essentially we’re just acting as sparring partners,” says Johannes Horsch, a team leader and colleague of Tobias Behr at Fraunhofer PAMB.

The safety and effectiveness of the current version of the infusion set have already been evaluated and validated in two clinical studies involving 12 adult patients and 160 children. The new system demonstrated a significantly more accurate flow rate than the conventional set used to treat a control group. “The results of the two studies were so promising that we’re already working on an optimization of the prototype,” says Behr.

The German and Ugandan researchers envisage a long-term partnership that will enable them to develop more low-cost medical devices as well as tackling other projects. Distribution of the new infusion set will initially focus on East Africa but will eventually extend worldwide if successful. Other plans include setting up an academic exchange program and offering courses for students. As well as expanding both partners’ networks, the project will also produce results that can be used as a basis for teaching classes in both Uganda and Germany on medical technology in developing countries. 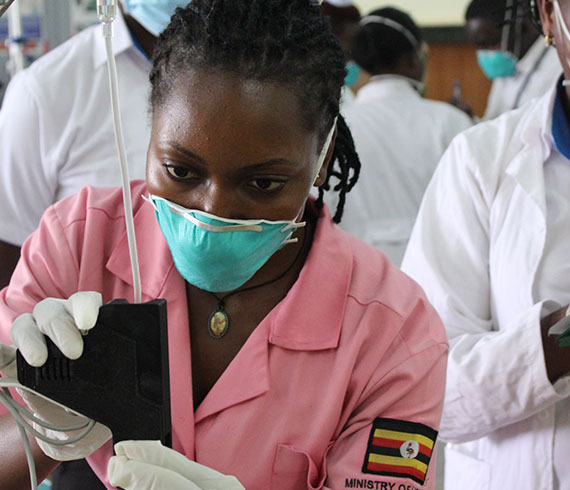